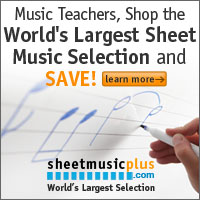 Coming later this week we are going to begin posting blog entries from Cindy Hallo, a new contributor to music studio teacher. Cindy is an accomplished clarinet performer and teacher, currently running her own successful studio in the Plano and Frisco independent school districts of Texas. Please check back soon for more updates